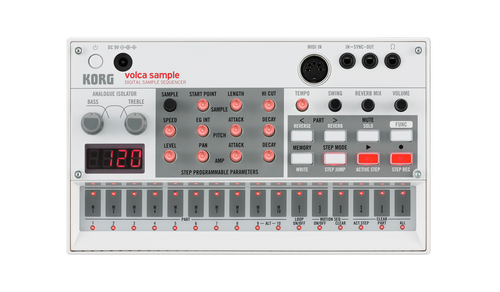 Tweak, Play, and Sequence Samples – volca-Style
You can perform with just one unit --- the volca sample.

The volca sample is a sample sequencer that lets you edit and sequence up to 100 sample sounds in real time for powerful live performances. It’s a powerful addition to any existing volca setup, or simply on its own. The new volca lets you recapture the excitement of the first generation of samplers, in which any sound --- vocals, spoken words, ambient sound, or glitches --- becomes material for your creations!
*Sample input only possible via special iOS app