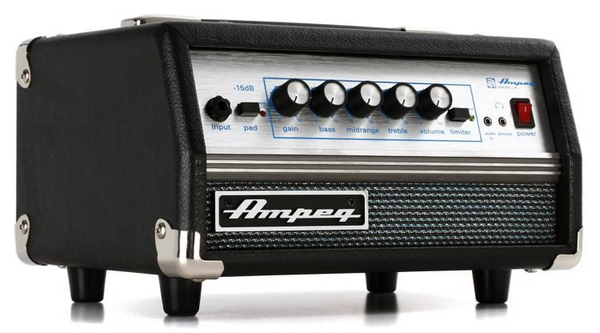 The SVT goes small with the SVT Micro Head!

SVT sound
The sound and feel of the legendary SVT is alive and well in the SVT Micro Head. The solid-state preamp and MOSFET power amp interact for the punch and crunch that makes the full-sized SVT the sound of bass - a title the SVT has held since 1969. Plus, its compact size makes it easier to lug from gig to gig that its bigger siblings that weigh in much heavier.

Perfect for lower volume situations
Sometimes the gig doesn't require the sheer amount of horsepower afforded by the 300-watt+ heads of the traditional SVT line. The SVT Micro Head fits this bill beautifully, with an ample-but-not-overpowering 200 watts of power at 4 ohms. Tone shaping is provided via the Ultra Mid control and the 3-band EQ. Balanced line out with pre/post and pad are also included